I'm a Canadian. As a typical Canadian, I'm not often overtly patriotic, but when I saw this Bob and Doug McKenzie cross stitch pattern, I knew I had to drop everything and stitch it up. Nothing says Canadian like these two hosers: 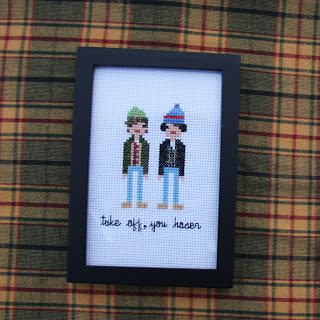 If you're not familiar with these Canadian icons (I didn't know about them until my high-school-boyfriend-now-husband made me watch Strange Brew in the early 90s), they're SCTV characters created by Rick Moranis and Dave Thomas in 1980. Bob and Doug are beer-drinking, donut-eating, hockey-playing, toque-wearing hosers. They went on to star in their very own version of Hamlet, a movie called Strange Brew. Here's the movie poster: 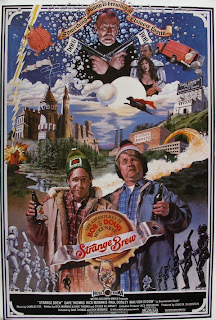 My husband and co-worker went as Doug and Bob for Halloween last year complete with donuts, accents and even stubby beer bottles with Elsinore brewery labels. They won third prize. Beauty, eh? The resemblance is uncanny! 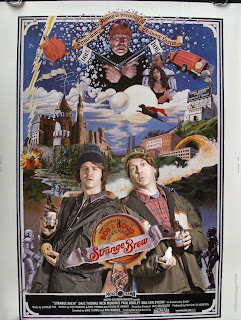 Anyway, when I saw the cross stitch pattern I knew it would be perfect for Dean's desk at work. I found all the floss at Homecraft Importers, refreshed my memory on how to do cross stitch (it had been about fifteen years, but it's just like riding a bike), and stitched all weekend. 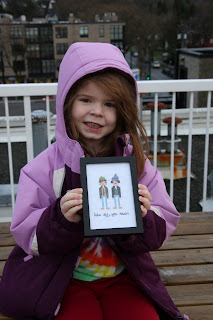 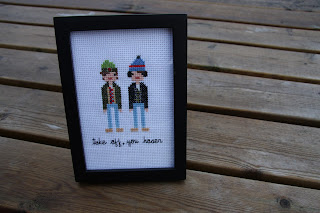 Bob and Doug fit perfectly into a regular 4x6 frame. The text reads: "Take off, you hoser!"

So go ahead, show your Canadian pride and stitch up Bob & Doug for yourself! If you prefer other pop culture icons, weelittlestitches has patterns for characters from Star Trek, Star Wars, Harry Potter, Pretty in Pink, the Golden Girls, Lord of the Rings, and so much more! Beauty, eh?