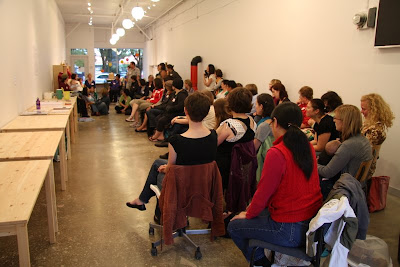 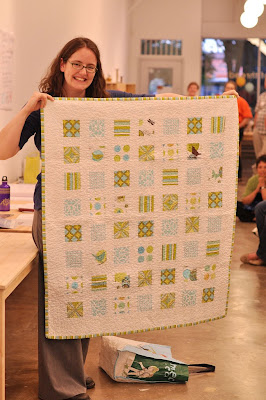 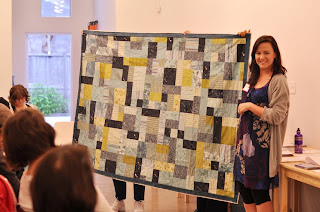 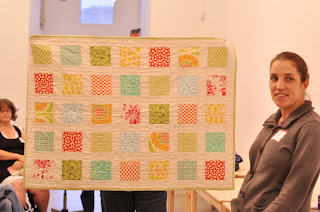 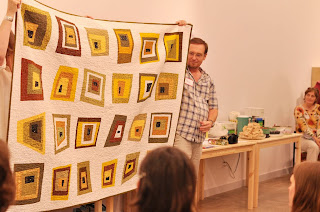 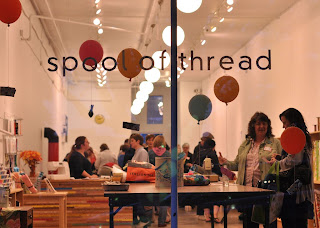 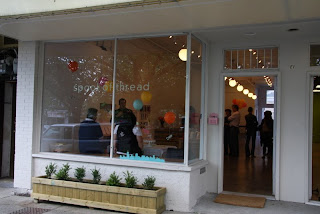 I'll be here tonight!
Can you see me jumping up and down with excitement? No? Well, I am! It's because tonight I'm going to the first meeting of the Vancouver Modern Quilt Guild! We've had 20 people confirm that they're coming, with another 11 who might attend, and I'm so excited to meet other local modern quilters! The meeting is being hosted by Lili and Henry at Spool of Thread Sewing Lounge, one of my very favourite places to visit! 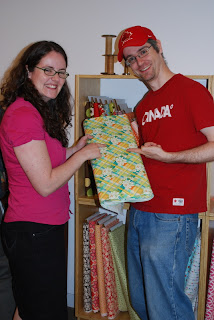 Dean helping me pick out fabric at Spool of Thread
I heard about the very first Modern Quilt Guild back in October 2009 and thought, wow, I wish I lived in LA so I could go to a meeting! Then, this January, Alissa Carlton, one of the founders of the LAMQG, suggested that I start an online group in Vancouver to see if there was enough interest for a Vancouver Modern Quilt Guild. Well, it's been five months and we now have over 75 people in the group! 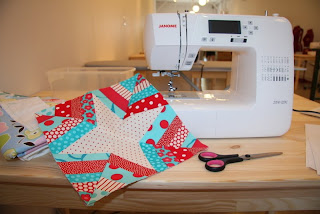 Lili and Henry let me give one of their sewing machines a spin at their Grand Opening
Thanks to everyone who has let people know about this meeting through the newspaper, blogs, and word of mouth! A huge thanks to my husband Dean, who has listened to me blather on about quilting non-stop for months. He can now tell the difference between Kona White and Kona Snow!
Posted by Holly at 9:12 AM 5 comments: 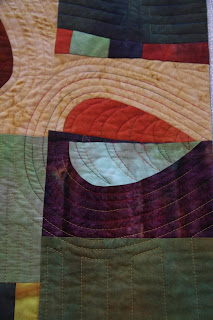 Autumn Dyes by Krista Hennebury
On Saturday, I spent a lovely afternoon in North Van at the Lions Gate Quilters' Guild show. After a little cell phone tag and some mistaken identities (apparently Sarah and I look quite similar in our avatars), three members of the Vancouver Modern Quilt Guild managed to find each other! I enjoyed meeting new quilting friends and viewing the 250 quilts on show with them.
It was exciting to chat about modern quilting and meet new people who were interested in the modern quilt guild I'm starting. I handed out flyers and recruited a few new members who want to come to our first meeting on Thursday the 17th!
I'll let the quilts speak for themselves. I've posted many more quilt pictures to my flickr account. 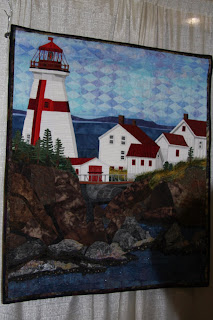 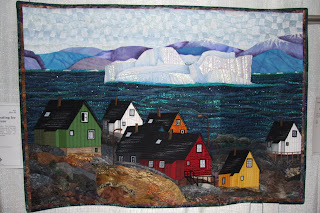 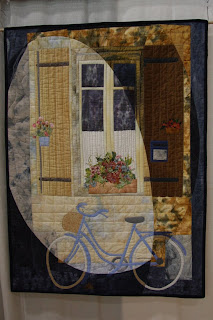 Provence by Isabelle Jenkins
I loved this bike! 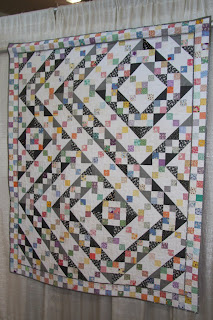 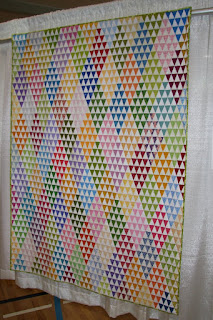 What "cheerful" looks like by Anne Field
This was my favourite quilt from the show. What patience! 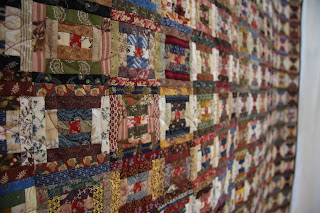 Sheer Insanity
This quilt was aptly named, the pieces were incredibly tiny and there were hundreds of them! 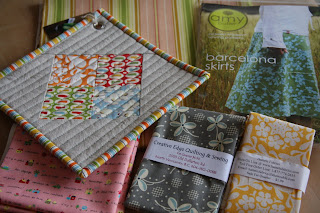 My haul from the members' boutique and vendors
Of course, I bought a few things at the show, I had to support the guild and vendors, right? I love my new potholder by Krista Hennebury! I also picked up some Heather Bailey (I'm thinking I'll use it to make a striped binding), Denyse Schmidt and Sandi Henderson fat quarters, a Lecien fat quarter with cute French writing ("bon journée!'), and a skirt pattern. Now I'll have to sign up for the next A-line Skirt class that Spool of Thread offers (their June class is sold out!).
Posted by Holly at 7:54 AM 7 comments: 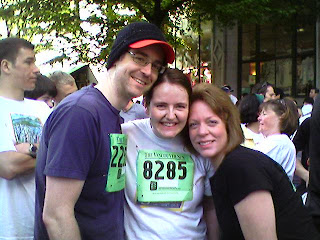 Running a 10K is more fun with friends. 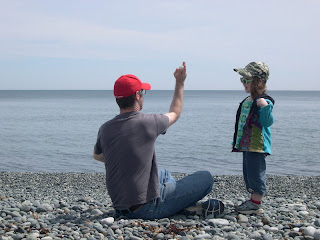 It makes sense to outsource certain life lessons. Dean is much better suited to teaching Sophie how to throw a rock than I am. 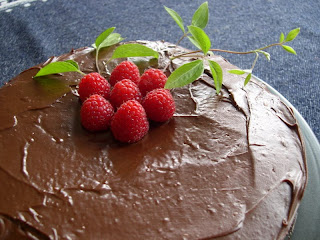 Janet makes delicious chocolate cakes. And macaroons. And Thai curries. And French toast. Boy, was I spoiled on my birthday weekend! 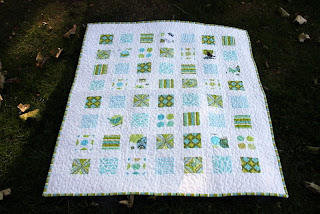 It was super fun to get forty comments on one of my blog posts. Thanks to all who visited my blog during Blogger's Quilt Festival!

I'm going to be spending a lot of time (and all of my fabric budget) at Spool of Thread Sewing Lounge. Their grand opening is June 5th, a date I've been anticipating since January! 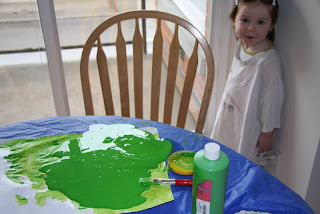 Don't leave a preschooler unattended with a bottle of paint.
Posted by Holly at 6:37 AM 6 comments: