We had our annual pumpkin carving night on October 29th. The soundtrack of the festivities, as always, was Michael Jackson's "Thriller" album. The taste sensation of the night were Kristi's strawberry tarts. Yum! 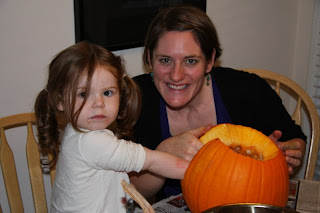 Sophie was a willing helper in the pumpkin gutting chore. 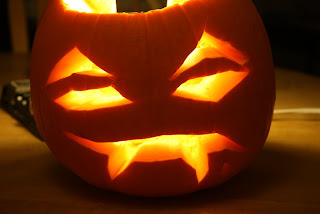 Kristi made a traditional pumpkin which Sophie was sure was angry. 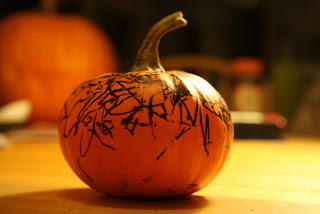 We gave Sophie a Sharpie and let her go with a mini pumpkin. She really enjoyed "carving" her pumpkin while we were working on ours. 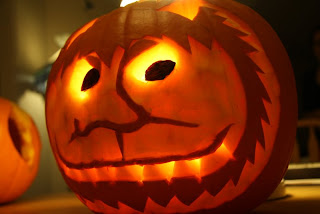 My pumpkin was Moishe, a monster from "Where the Wild Things Are" 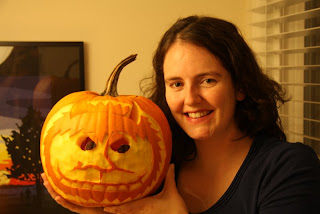 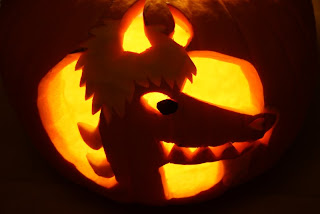 Dean made the sea monster from "Where the Wild Things Are". We couldn't find it's name. 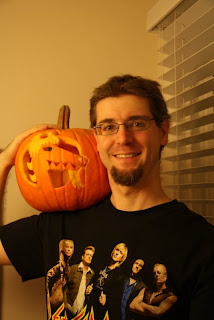 We've posted a set of our pumpkins over the years on flickr.
Posted by Holly at 9:07 AM