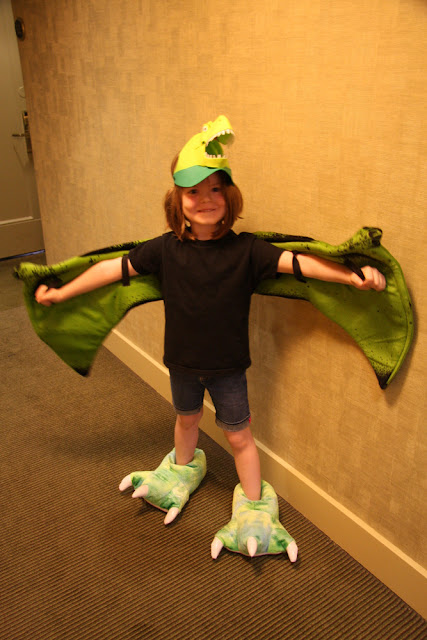 Sophia with her souvenirs from Seattle

My five-year-old daughter is a huge dinosaur fan. She knows more species than I do and blithely recites dinosaur names such as Ornitholestes, Dimorphodon, Oryctodromeus, and, her favourite, Parasaurolophus. 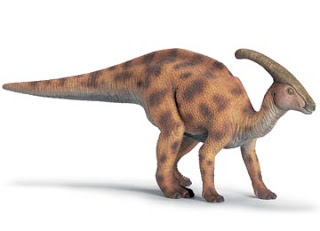 Sophia loves the PBS Kids show Dinosaur Train and seems to retain all the palentology facts that Dr. Scott teaches at the end of each episode. (I apologize if you have preschoolers and have the theme song stuck in your head for hours at the mere mention of this program). When I discovered Dinosaur Train fabric by Quilting Treasures at Fourth Corner Quilts in Bellingham, I only hesitated for a moment before showing it to Sophia. Licensed novelty prints are not usually my thing, but when they make your child over the moon happy, you compromise your style. We decided to buy the Pteranodon family flying through the sky print and I told Sophia I'd make her a pillowcase. 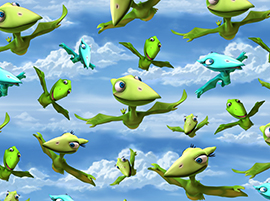 We bought the fabric while heading towards Seattle for the meet up and after checking in at the hotel and eating dinner, I left my family to meet with some quilters. Dean reported later that fifteen minutes after I'd left, Sophia was talking about her new Dinosaur Train pillowcase "which Mom probably hasn't made yet". I knew I'd better get on it asap! When we got home, I put off laundry and unpacking and made up the pillowcase as quickly as possible. 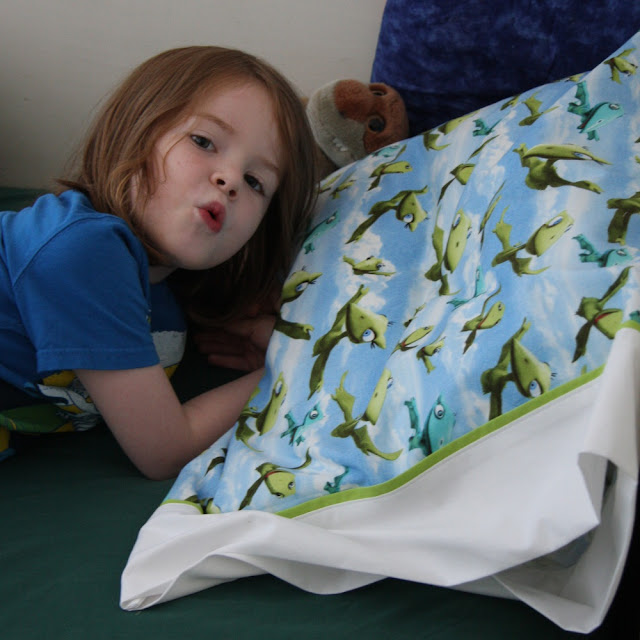 Sophia making a dinosaur noise while showing off the newly-finished pillowcase
(T-Rex T-Rex, her favourite stuffed animal, looks on) 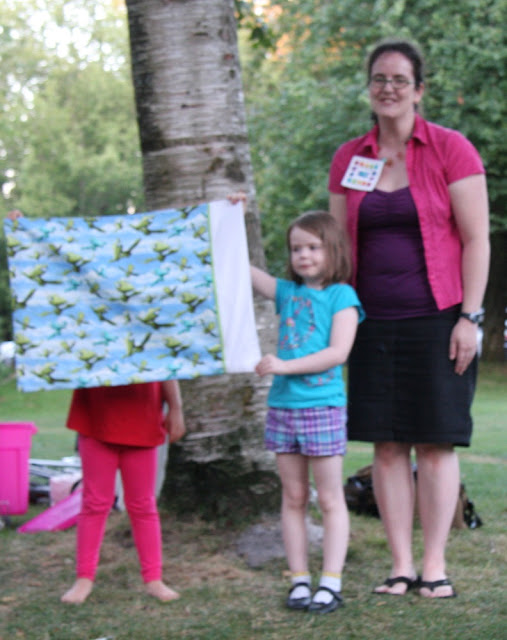 Sophia proudly showed the pillowcase during the Vancouver Modern Quilt Guild's show and tell at our August 16th outdoor meeting. (see Sonja's cute photo for an in focus shot.)

As with my owl and yellow & aqua pillowcases, I used Ashley of Film in the Fridge's Pretty Quick Pillowcase tutorial. The pillowcase was put into immediate use and Sophia has declared that she will never need another pillowcase for the rest of her life. My work here is done.
Posted by Holly at 6:30 AM